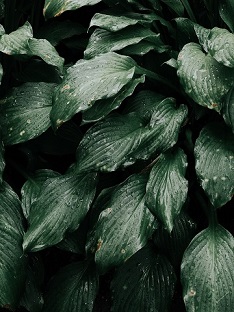 With heavy heart, hollow soul they buried the girl, who was not only loved but, cherished. Issa never knew the love of parent but, somehow Leo’s parent fill the whole and that’s why they are just as hurt, like any parent losing their child.
Leo is lost to be precise, couldn’t comprehend the loss of his best friend, sister, more importantly his confider. How can she leave him? How can she? She has a kid, which Leo never knew about. Why didn’t she? How could she? Issa should have said something, Leo would have helped.
Cyril is no better holding Quinn, like only he matter in his sombre world. Maybe Quinn did.
Leo still can’t grasp the idea of Issa not being anymore, no more teasing, calling him Leonardo just to spite him, no more mischief in her hazel eyes, that Quinn inherited, actually he is mini Issa. But, no more waiting for Issa’s call, no hope of her coming back, not at all now; so many questions Leo had; Questions without answers which Leo can’t have.
……..

Funereal went as sombre as it can get. Tears shed, sob raked our body finally hitting the loss of only girl, they wish never left. And as usual Issa’s parents never showed; even though they were told, cruel or heartless, Leo can’t even comprehend how cruel they can be? They gave her birth, brought Issa into this world and made her lose again before she can experience the love and childhood, with her son, Quinn. He would grow up without knowing her mother, not knowing how great Issa was.
You know the worst part Leo thought; they can’t even let them see her. Issa’s body was so damaged to even see, Leo’s worst nightmare came true taking away his best friend from this world.
Now sitting in his study, a black briefcase in front of him which, Leo had yet to open; finally with new found encouragement he opened the briefcase and looked into what’s last was left to him by his best friend. Few letters, addressed to him, Cyril and Quinn too, some of their photographs from back in the day, which made Leo smile and one of her dog tags she left for him. Leo fidgets with a letter in his hand, which has his name on it, opening it; it read

If you are reading this that means I’m no more and finally I found peace. I know you will be angry at me for joining the force but, that was my calling. Where I belonged, where no one judged me and there, I learned so much about me, you can’t even imagine Leo. Leo you always remained my confider, whom I tell all my secrets and I know this you might have already met my son, Quinn and you also have questions about, how? Who is the father? Why can’t I ever tell you? Listen carefully Leo; it’s one of my darkest secret.

Two years back I came back from my deployment and wanted to explore the world of my own, you know. To see the mountains, sea and much more and more importantly I wanted to experience love and I met a man named Evan Solvay in Arizona and as foolish as it sound I fell for him, as he does too. Our romance was fast, alluring and meant so much for me that I even thought of leaving force and settle down with him but, I was stupid or life has planned something else for me. One year into our relationship I fell pregnant with Quinn and I came to know Evan will be returning back to France where he to be wedded to some business tycoon daughter strengthening their business ties. He made fool of me and left me and went to France and signing all his parental rights away. It left me more broken than ever and ashamed I made fool of myself, not seen the signs but, I got my son something I will cherish in death too. I don’t have any contact with Quinn’s father and I want same for him, I don’t want him to feel unwanted or ashamed and especially unloved.
Love him for me, please.
And I miss you, I will always miss you Leo and I love you. I heard you going to be a father and I know you will be great one, love them Leo don’t let them become another Issa. Make them strong, cherish them.
I will always look out for you guys.
I am always with you, in your heart.
I love you Leo.

Leo sat numb skimming again and again to the letter, not knowing how to react he finally broke down into tears, ugly sobs raked his body shattering his soul and then and there Leo vowed to cherish Quinn and his unborn child and make them strongest , especially they will be loved.
………….
Leo knocked on Cyril’s bedroom and opened the door to see Quinn laid flat on Cyril’s chest, “is it wrong timing’” Leo muttered
Cyril looked up from his laying position and sat straight holding Quinn close to him and said simple “no”
“How are you doing” Leo asked taking seat opposite to him on his bed.
“Taking day by day” Cyril replied “it’s hard”
“hmm” Leo hummed ,agreeing with Cyril.

“you know, I got you Cyril no matter what , you are part of this family, my family and so does Quinn now and if you want to officially adopt Quinn as your own ; I totally stand by your side and guide you through it, without any question asked” Leo promised to Cyril.
“I don’t want it any other way” Cyril who cracked a half smile and sending Quinn in his own stitches and like that some of the cracks filled in their soul and heart and some might be filled with time. Issa might have left the world but, she gave them her part, which is most essential to them, then any other thing.
Issa’s heart might have lost the battle for love but, her son won’t and no one else will; their no much to give other than the betrayal people deal.